The President discusses the benefits of health reform that Americans will receive in the first year, and how reform will help build a new foundation for American families.

Get Off Obama’s Back: Second Thoughts From Michael Moore 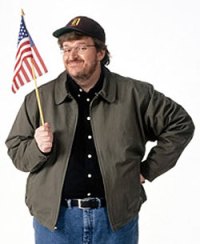 Michael Moore writes today in The Huffington Post and DailyKos

Friends,
Last night my wife asked me if I thought I was a little too hard on Obama in my letter yesterday congratulating him on his Nobel Prize. “No, I don’t think so,” I replied. I thought it was important to remind him he’s now conducting the two wars he’s inherited. “Yeah,” she said, “but to tell him, ‘Now earn it!’? Give the guy a break — this is a great day for him and for all of us.”

I went back and re-read what I had written. And I listened for far too long yesterday to the right wing hate machine who did what they could to crap all over Barack’s big day. Did I — and others on the left — do the same?

We are weary, weary of war. The trillions that will have gone to these two wars have helped to bankrupt us as a nation — financially and morally. To think of all the good we could have done with all that money! Two months of the War in Iraq would pay for all the wells that need to be dug in the Third World for drinking water! Obama is moving too slow for most of us — but he needs to know we are with him and we stand beside him as he attempts to turn eight years of sheer madness around. Who could do that in nine months? Superman? Thor? Mitch McConnell?

Instead of waiting to see what the president is going to do, we all need to be pro-active and push the agenda that we want to see enacted. What keeps us from forming the same local groups we put together to get out the vote last November? C’mon! We’re the majority now — the majority by a significant margin! We call the shots — and we need to tell this wimpy Congress to get busy and do what we say — or else.

All I ask of those who voted for Obama is to not pile on him too quickly. Yes, make your voice heard (his phone number is 202-456-1414). But don’t abandon the best hope we’ve had in our lifetime for change. And for God’s sake, don’t head to bummerville if he says or does something we don’t like 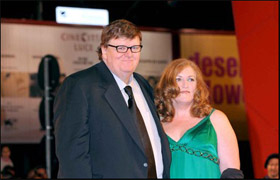 **44-D Note: Michael, buy your wife a huge vase of flowers, dinner out, do the laundry for a week, and thank her for being so wise. And thank you, Michael, for listening to her.

And thank YOU Kathleen! 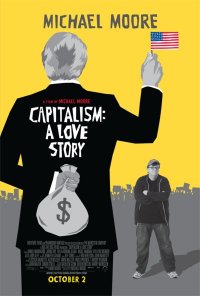 On the 20-year anniversary of his groundbreaking masterpiece Roger & Me, Michael Moore’s Capitalism: A Love Story comes home to the issue he’s been examining throughout his career: the disastrous impact of corporate dominance on the everyday lives of Americans (and by default, the rest of the world). But this time the culprit is much bigger than General Motors, and the crime scene far wider than Flint, Michigan. From Middle America, to the halls of power in Washington, to the global financial epicenter in Manhattan, Michael Moore will once again take film goers into uncharted territory. With both humor and outrage, the movie explores a taboo question: What is the price that America pays for its love of capitalism? Years ago, that love seemed so innocent. Today, however, the American dream is looking more like a nightmare as families pay the price with their jobs, their homes and their savings.