The Missing Link From Killeen to Kabul by Frank Rich 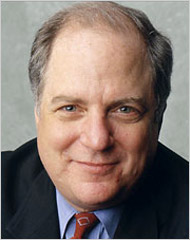 New York Times/Frank Rich—The dead at Fort Hood had not even been laid to rest when their massacre became yet another political battle cry for the self-proclaimed patriots of the American right.

Their verdict was unambiguous: Maj. Nidal Malik Hasan, an American-born psychiatrist of Palestinian parentage who sent e-mail to a radical imam, was a terrorist. And he did not act alone. His co-conspirators included our military brass, the Defense Department, the F.B.I., the Walter Reed Army Medical Center, the Joint Terrorism Task Force and, of course, the liberal media and the Obama administration. All these institutions had failed to heed the warning signs raised by Hasan’s behavior and activities because they are blinded by political correctness toward Muslims, too eager to portray criminals as sympathetic victims of social injustice, and too cowardly to call out evil when it strikes 42 innocents in cold blood.

The invective aimed at these heinous P.C. pantywaists nearly matched that aimed at Hasan. Joe Lieberman announced hearings to investigate the Army for its dereliction of duty on homeland security. Peter Hoekstra, the ranking Republican on the House Intelligence Committee, vowed to unmask cover-ups in the White House and at the C.I.A. The Weekly Standard blog published a broadside damning the F.B.I. for neglecting the “broader terrorist plot” of which Hasan was only one of the connected dots. Jerome Corsi, the major-domo of the successful Swift-boating of John Kerry, unearthed what he said was proof that Hasan had advised President Obama during the transition.

William Bennett excoriated soft military leaders like Gen. George Casey Jr., the Army chief of staff, who had stood up for diversity and fretted openly about a backlash against Muslim soldiers in his ranks. “Blind diversity” that embraces Islam “equals death,” wrote Michelle Malkin. “There is a powerful case to be made that Islamic extremism is not some fringe phenomenon but part of the mainstream of Islamic life around the world,” wrote the columnist Jonah Goldberg. Islam is “not a religion,” declared the irrepressible Pat Robertson, but “a violent political system bent on the overthrow of the governments of the world.”