How They Pick Nobel Laureates 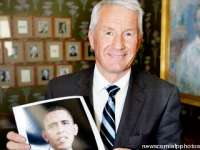 TPM/Rachel Slajda—Much has been made today of the fact that the nomination deadline for the Nobel Peace Prize is Feb. 1 — just 12 days after President Obama took office.

But the winner isn’t selected until much later, usually around mid-September. The Norwegian Nobel Committee, made up of five members appointed by the Norwegian Parliament, makes the decision. Here’s the process, according to the committee’s web site:

Nominators — including members of governments, university professors, past Nobel laureates and members of the International Court of Justice — must make their picks to the committee by Feb. 1. The committee usually receives between 150 and 200 nominations for the Peace Prize, but this year they received a record 205 nominations. 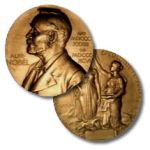 The committee then holds its first meeting,when members can add their own nominees to the list. They then narrow the list down to between five and 20 candidates.

Those candidates are then reviewed by the Nobel Institute’s director, research director and a team of advisers, usually university professors. Those advisers draw up reports on each candidate, a process that takes a few months, and present those reports to the committee.

And then the committee “embarks on a thorough-going discussion of the most likely candidates.” They sometimes request more information, especially when, like Obama, candidates are involved in current affairs. The committee usually makes its decision by mid-September, but has been known to take until the final meeting in early October.

During the first century of the Nobel Peace Prize, there were 107 laureates from different parts of the world. Alfred Nobel’s intention was to create an international prize, a wish that was upheld by the Norwegian Nobel Committee. However, it took the committee a long time before it started to look beyond the western world for suitable candidates. Globalisation of the prize was a very slow process. From 1901 to 1975 only four laureates did not come from Western Europe or North America.