Louisiana Justice of the Peace Quits After Interracial Wedding Incident 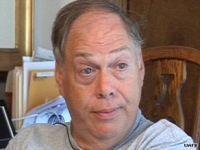 AP/Melinda Deslatte—A Louisiana justice of the peace who refused to marry a couple because the bride was white and groom was black resigned Tuesday.

Keith Bardwell, who is white, quit the post with a one-sentence statement to Louisiana Secretary of State Jay Dardenne and no explanation of his decision: “I do hereby resign the office of Justice of the Peace for the Eighth Ward of Tangipahoa Parish, Louisiana, effective November 3, 2009.”

Bardwell refused to perform the ceremony for Beth Humphrey and Terence McKay because they are of different races.

When questioned about his refusal, Bardwell acknowledged he routinely recuses himself from marrying interracial couples because he believes such marriages cause harm to the couples’ children. In interviews, he said he refers such couples to other justices of the peace, who then perform the ceremony, which happened in this case.

Humphrey has said she and McKay received their marriage license from the parish clerk of court, where they also received a list of people qualified to perform the ceremony. When she called Bardwell’s office to ask about the ceremony on Oct. 6, Humphrey said Bardwell’s wife told her that the justice wouldn’t sign their marriage license because they were a “mixed couple.”

Humphrey and McKay have filed a federal civil rights lawsuit against Bardwell.

It’s ironic that last Wednesday Louisiana was visited by the President of the United States, who just happens to be a biracial child of a interracial marriage. It was also the day that the story broke about the Louisianan Justice of the Peace who refused to marry a interracial couple. We all thought that in 1967, in the case Loving vs. Virginia, the U.S. Supreme Court ruled that the government cannot prohibit marriages simply because of the race of the spouses. But E. Keith Bardwell has other ideas.

One of the things the National media has not picked up on yet… In the past, Bardwell has always campaigned as a Democratic Justice of the Peace (1996, 2002, 2008). His ward is in a historically Democratic area. As of 12/31/2008 Bardwell switched parties and is now listed as a Republican. We would like to know what prompted this abrupt change in political parties? What happened that would make a long time Democrat in a Democratic district change party affiliations?

Another thing the National media has not picked up on yet… Due to some great investigative journalism by local reporter Don Ellzey of the Hammond Daily Star, we know that:


Bardwell said the State Attorney General told him years ago that he would eventually get into trouble for not performing interracial marriages.

“I told him if I do, I’ll resign,” Bardwell said. “I have rights too. I’m not obligated to do that just because I’m a justice of the peace.”

The 44 Diaries has contacted the Louisiana State’s Attorney’s office to get further clarification. We contacted Jennifer Roche, the Public Information Officer for the Louisiana Attorney General James D. “Buddy” Caldwell. We specifically asked if the LSA office had any official statement on this incident. We also asked if the LSA office had any comment on Bardwell’s claim that a “State Attorney General told him years ago that he would eventually get into trouble for not performing interracial marriages.” If a previous AG knew he was doing something illegal, then why was he allowed to run for and serve as justice of the peace all these years? We contacted the office Friday afternoon by both phone and email, and have not recieved a reply yet. We will gladly provide an update once those questions have been answered.

CNN/AP—A justice of the peace in Louisiana who has drawn widespread criticism for refusing to issue a marriage license to an interracial couple says he has no regrets about his decision.

“It’s kind of hard to apologize for something that you really and truly feel down in your heart you haven’t done wrong,” Keith Bardwell told CNN affiliate WAFB on Saturday.

Bardwell, a justice of the peace for Tangipahoa Parish’s 8th Ward, refused to issue a marriage license to Beth Humphrey, 30, and her then boyfriend, Terence McKay, 32, both of Hammond.

Bardwell’s actions have elicited reactions from some top officials, including Louisiana Gov. Bobby Jindal, who called for Bardwell’s dismissal.

“This is a clear violation of constitutional rights and federal and state law. … disciplinary action should be taken immediately — including the revoking of his license,” the Republican governor said Friday.

AP—Keith Bardwell, justice of the peace in Tangipahoa Parish, says it is his experience that most interracial marriages do not last long.

“I’m not a racist. I just don’t believe in mixing the races that way,” Bardwell told the Associated Press on Thursday. “I have piles and piles of black friends. They come to my home, I marry them, they use my bathroom. I treat them just like everyone else.”

“There is a problem with both groups accepting a child from such a marriage,” Bardwell said. “I think those children suffer and I won’t help put them through it.”

AP—Bardwell has said he always asks if a couple is interracial and, if they are, refers them to another justice of the peace. Bardwell said no one had complained in the past and he doesn’t marry the couples because he’s worried about their children’s futures.

“Perhaps he’s worried the kids will grow up and be president,” said Bill Quigley, director of the Center for Constitutional Rights and Justice, referring to President Barack Obama, the son of a black father from Kenya and a white mother from Kansas.

“I’ve found that actually the children of biracial couples can do pretty good,” Burton told reporters aboard Air Force One as it flew to Texas.

Bardwell maintains he can recuse himself from marrying people. Quigley disagreed.

“A justice of the peace is legally obligated to serve the public, all of the public,” Quigley said. “Racial discrimination has been a violation of Louisiana and U.S. law for decades. No public official has the right to pick and choose which laws they are going to follow.”

A spokeswoman for the Louisiana Judiciary Commission said investigations were confidential and would not comment. If the commission recommends action to the Louisiana Supreme Court, the matter would become public.

“Not only does his decision directly contradict Supreme Court rulings, it is an example of the ugly bigotry that divided our country for too long,” she said.

Tangipahoa Parish President Gordon Burgess said Bardwell’s views were not consistent with his or those of the local government. But as an elected official, Bardwell was not under the supervision of the parish government.

“However, I am certainly very disappointed that anyone representing the people of Tangipahoa Parish, particularly an elected official, would take such a divisive stand,” Burgess said in an e-mail. “I would hope that Mr. Bardwell would consider offering his resignation if he is unable to serve all of the people of his district and our parish.”

The Nation/Ari Melber—The White House’s battle with Fox News reached a new high on Sunday, when Communications Director Anita Dunn went on national television to blast Fox as a partisan organization that functions as an appendage to the Republican Party.

“Fox News often operates almost as either the research arm or the communications arm of the Republican Party,” Dunn told CNN, adding, “let’s not pretend [Fox is] a news organization like CNN is.” Dunn also took her beef to the New York Times, saying in a Sunday interview that Fox is “undertaking a war against Barack Obama and the White House [and] we don’t need to pretend that this is the way that legitimate news organizations behave.” 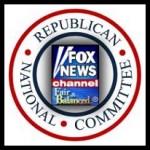 In the most significant exchange on CNN, Dunn stressed that President Obama now personally views Fox as a partisan opponent, rather than a journalistic organization. “When he goes on Fox he understands he is not going on it as a news network at this point,” she explained, “he is going on it to debate the opposition.”

That’s a big departure from how most of the Democratic establishment engages Fox. It’s been a long time coming.

While rank and file Democrats view Fox News as an obviously hostile force, elected Democrats have long struggled over whether to engage or fight the channel. In fact, the Democratic establishment even agreed to empower Fox as an official host and moderator of a debate during the presidential primaries — but that bit of self-handicapping was scuttled after a coalition of progressive bloggers and activists objected. By the homestretch of the presidential campaign, Obama’s campaign dialed up the heat, aggressively confronting Fox with pointed barbs from senior staff, surrogates and sometimes the candidate. (And who can forget Robert Gibbs turning the tables on Sean Hannity on Fox last October?)

Ari Melber’s commentary has appeared in The Nation Online, The Baltimore Sun, The New York Post, The Times Union, The Seattle Post-Intelligencer, Kirkus Reviews, The Huffington Post, The Forward, Alternet.org and TomPaine.com. Melber served as a legislative aide in the U.S. Senate and as a national staff member on the 2004 presidential campaign of John Kerry. He was born and raised in Seattle and he currently lives in New York.