AP~A city official says Phoenix could possibly lose hotel and convention center business worth about $90 million over the next five years because of fallout from Arizona’s new immigration law.

The law has attracted international attention as well as calls for tourists and businesses to boycott Arizona.

A deputy city manager who is monitoring the issue – David Krietor – says city and tourism officials in Phoenix have compiled a “watch list” tracking the potential fallout. The list includes four organizations that have canceled events and more than a dozen groups that have expressed concerns about the new law.

The $90 million figure represents the estimated amount of money that those groups’ members would spend in the region. Some events are scheduled to take place this year, while others are booked as far out at 2015. 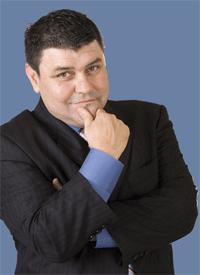 The fabled Mexican battle at Puebla will be commemorated today although most people celebrating it wont know what they are celebrating. Cinco de Mayo is not as celebrated in Mexico as it is in the US. Cinco de Mayo is in fact a uniquely American celebration about one of it’s many cultures’ historical mile stones. The holiday was only big in Puebla until it was big here. A signal that being Latino is as American as a double Patron margarita strained into a large salted martini glass ( try it if you haven’t yet).

A sore spot among Latinos has long been that America accepts our cultural best while openly vilifying us in general. Salsa has long replaced ketchup as our country’s favorite condiment. Americans have adopted Cesar salads to the extent that most don’t even know it is a Mexican creation. Suburbanites love the hard work ethic that is embedded in our cultural DNA and that they so readily hire. Tierra, Shakira, Ricky Martin, Eve Longoria, Raquel Welch, Vicky Carr are loved. The man that fixes fences, the trust worthy woman who creates safety and care for children, the boy that bags groceries are sought after. The voter that preserves balance and the politician that consistently votes for education are courted. All of these people are admired…. when needed.

Yet these same people are conflated by the media with drug smugglers and terrorists. The disconnect is painfully irritating and quite frankly politically and socially unsustainable.

No place is this hypocritical disconnect more obvious then in the political arena. The President called on Latino voters recently to help save his Democratic legislative majorities and a few days later seemed to roll over while the broken US Senate decided that climate legislation was to be it’s sole next priority. In the US Senate races the dissonance is dramatically experienced in Colorado as incumbent Democratic Senator Michael Bennet tells Latino activists that he is better on immigration issues than his primary opponent but fails to move aggressively on immigration reform and on condemning the Arizona hate bill. Bennet cannot win without a clear Latino super majority. It seems that in politics as in life Latinos are charged with doing the heavy lifting for little pay back.

The Arizona boycott movement has been a immediate success. People of all races and ethnicities have reacted with their pocket books and are sending Jan Brewer and the GOP led state legislature a strong message. The message has been passionate and clear. While the strength of the boycott movement will undoubtedly have a huge impact on the Arizona market place it provides a warning to the national political arena as well. For now the boycott is limited to Arizona and the market place of goods and services. Both political party’s would be wise to work hard to contain it as such.

While politicians tonight toast Latinos with margaritas as they dip their chips into mild salsa they would be wise to remember that the battle that is being commemorated was one won by an outnumbered and grossly underestimated people determined to maintain their freedoms and independence. A tough lot to beat, just ask the French.

Join Mario at : Boycott the Police State Known as Arizona

Mario Solis-Marich is a radio talk show host who can be heard on AM 760 in Denver and world wide at www.GoToMario.com. You can find Mario on Facebook.

—Great news today in our campaign against Glenn Beck. We’re announcing that nineteen more of Beck’s advertisers have stopped supporting his show. That number includes two British companies who just announced that they’ve pulled their ads from the UK broadcast of Beck’s show after hearing from customers.

Two companies–Waitrose (the British supermarket chain) and Metropolitan Talent Management–pulled their ads not only from Beck’s show, but from Fox News in general.

Over 280,000 of us have now called on advertisers to stop supporting Beck’s show. We are keeping Beck isolated and making sure that he continues to be a financial liability for Fox. Eventually, Fox will have to explain why they are continuing to give Beck’s race-baiting and fear-mongering a platform even as it hurts their bottom line.

Eighty companies have now distanced themselves from Beck since Color of Change launched its boycott in in August. Help hold Beck accountable here.

Related Articles About the UK Advertisers

EUR—*In response to Rep. Joe Wilson and his “You Lie!” outburst during President Barack Obama’s health care address to a joint session Wednesday night, at least one group has decided to make the congressman’s entire state pay the price.
“The National Newspaper Publisher’s Association (NNPA) announced in a press release Thursday that it will not hold its January 2010 mid-winter conference in South Carolina, and is joining the NAACP economic boycott of the state that has been in effect since July 1999 when the South Carolina NAACP called for it as a protest of the flag atop the State House and inside the House and Senate chambers.

“As African-American newspaper publishers we stand in solidarity with the NAACP and fully support the economic boycott of South Carolina,” stated NNPA Chairman Danny J. Bakewell Sr. “Rep. Wilson’s remarks were racist, disrespectful, and a disingenuous violation–not only of President Obama–but to the institution of the presidency and only solidified our position and the importance in not spending Black dollars where Black people are not respected.

“The continued public and blatant disrespect of President Barack Obama by members of Congress will not be rewarded with our dollars nor will a state that continues to uphold America’s shameful past by flying the Confederate flag.”

Watch a Special Comment by Keith Olbermann, as only Keith can do.

Posted by Audiegrl
Great news today from ColorofChange.org— 11 more sponsors have distanced themselves from Glenn Beck’s television program, bringing the total to 57.

Fifty-seven companies have now committed not to support Beck’s show since ColorOfChange.org launched its campaign four weeks ago after the Fox News Channel host called President Obama a “racist” who “has a deep-seated hatred for white people” during an appearance on Fox & Friends.

“We applaud those companies that have recently pulled their support from Beck,” said James Rucker, executive director of ColorOfChange.org. “There are at least 57 companies who will not tolerate Beck’s race-baiting comments and we will continue to reach out to those who are still supporting him.”

Over 173,000 members of ColorOfChange.org have signed a petition asking sponsors to stop advertising during Beck’s show, and their efforts are paying off.

Please take a second to read the statements from the advertisers recently distancing themselves from Beck. And if you haven’t signed the petition yet…you know what to do!

Two unions have now joined in the growing chorus decrying Whole Foods’ CEO John Mackey and suggesting a boycott of the store. Two weeks ago, Mackey penned a controversial op-ed in the Wall Street Journal offering the “Whole Foods alternative to ObamaCare.”

“The last thing our country needs is a massive new health care entitlement that will create hundreds of billions of dollars of new unfunded deficits and move us much closer to a government takeover of our health care system,” Mackey wrote, then suggested a neat solution. (Hint: this alternative involves grocery shopping at Whole Foods.)–Lila Shapiro, Huffington Post

Don’t they realize that their liberal latte-drinking, arugula-eating customers are the same people that want Health Care Reform for all Americans?

Hey Mackey, ever heard of the old retail sales saying: ‘the customer is always right‘?

Feel Free to Contact Whole Foods or join the boycott.