“Never, ever on schedule, but always on time.” – Nas

Hey y’all, Happy New Year!  I’ve been promising the list for some time, and I’ve been slacking.  Especially in the wake of AG’s most excellent best books list.  But like Kanye, “you should be honored by my lateness.”  🙂  What follows is a highly personal take on the best music of 2009.    The profusion in the quality and quantity of recorded music is mind-blowing.  And I especially love to be turned on to new stuff.  So I’m hoping you guys will chip in with your own suggestions.   Here we go. 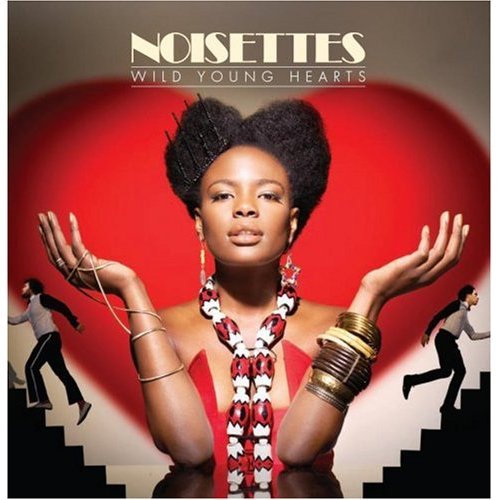 Noisettes, Wild Young Hearts:  I’d never even heard of the Noisettes before Summer 09. But I heard their song “Atticus” at a store somewhere and went in furious search of the group.  Even though rock is not my genre, this is probably my favorite disc of the year.  Of course, calling this is a rock album is a serious disservice.  Most commentators call it a hybrid mesh of rock, blues, disco, and old school r&b.  They’re probably right, but it just sounds like the future to me.  The lead singer is DOPE, and I can’t wait to catch their live show.  Favorite cut: Atticus.

Mos Def, The Ecstatic:  He’s baaaack!!  Mos has floundered a little bit since his magnificent opus, Black on Both Sides.   I get it — he’s been distracted by his acting career (and weird appearances on Bill Maher).  And I liked The New Danger more than most folks.  But this is that classic Mos that we know and love.  Favorite cut: Auditorium.  Also love the remake of Roses with Georgia Anne Muldrow.

Q-Tip, Kamaal The Abstract: The genuises at Q-Tip’s record label have to explain why they shelved this album for more than eight years.  I think it’s even better than last year’s The Renaissance.  Another hybrid album, this time with elements of r&b, soul, rock, and jazz.  Sounds like future Prince or Stevie Wonder.  Favorite cut: Do You Dig U?

Drake, So Far Gone: Okay, this is a bit of a cheat.  The mixtape, which I’m still geeking over, came out in 2008.  But he re-released certain of the mixtape cuts on CD and itunes in 2009, so it qualifies.  As a bonus, the re-release contains an unreleased track “Fear,” which is bananas.  Hottest kid in the rap game right now, and with good reason.  Favorite cut: Fear.  Shout-out to DJ Khalil.

Lee Fields, My World: I gotta thank the good people of HBO’s Entourage for this one.  When I heard “Ladies” during the credits of one of the episodes, I lost my sh*t.  I had to cop the album.  Gutbucket soul, set to the sweetest harmonies you’ve ever heard.  And hey — I detect a little of the hip-hop influence as well.  Looks like the old school is learning from the new school, not just vice-versa.  I am a big fan of the ’60s renaissance in music.  If you love Amy Whitehouse, Joss Stone etc., check this OG out.  While you’re at it, check out Sharon Jones and the Dap-Kings too.  Favorite cut: Ladies. 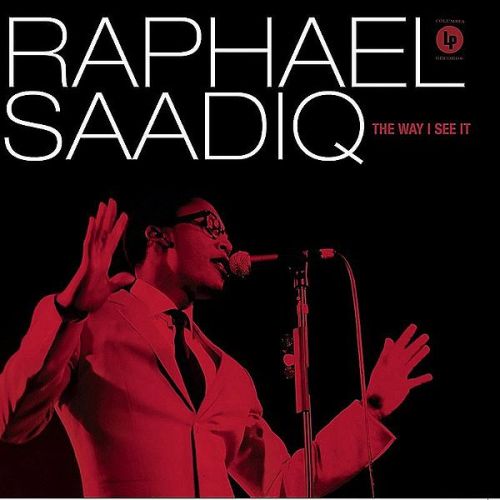 Rafael Saadiq, The Way I See It: I’m sticking with the retro soul angle here.  I’ve been down with Ray-Ray since Tony Toni Tone.  This is his masterpiece.  Again, if you like the Motown doo-wop sound, you’ve gotta check this out.  And while you’re at it, get the Live from the Artist’s Den DVD.  It’s fantastic.  Favorite cut: 100 Yard Dash.

Fela, The Best of the Black President: “Eh-heh, let us get down.  Into another underground spiritual game….”  I have to show some love to the greatest Nigerian musician of all time.  If you want to know the meaning of “underground spiritual game,” you need to check out Fela!, the best show on Broadway.  This album will hold you over until you can.  It’s a compilation of Fela’s most popular cuts.  Note, however, that these are mostly edits: many of Fela’s songs run 20-30 minutes long, and you owe it to yourself to listen to the unedited versions.  Still, an excellent way to get familiar with the genius that is Fela.  Favorite cut: Water No Get Enemy. 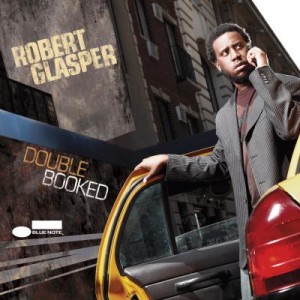 Robert Glasper, Double Booked: And now we segue from Afrobeat to jazz (actually, less of a transition than you might think).  Robert Glasper is my favorite jazz pianist right now.  He’s just so melodic.  He’s also incredible live — the missus and I saw him last year at the Kennedy Center.  He can play everything from straight-ahead to fusion to soul jazz to hip-hop.  And here, he does.  The first half is an acoustic trio setting; the second, “The Experiment,” a fusion exercise with Bilal and Mos Def making vocal appearances.  Wonderful stuff.  Favorite cut: No Worries.

Roy Hargrove, Emergence: A little more jazz.  I’ve loved this guy ever since I saw him play in St. Louis many moons ago.  Like Glasper, Hargrove does all variety of jazz, soul and hip-hop-inflected music.  Indeed, my favorite album of his is Crisol, a Latin jazz homage.  Here, Hargrove goes big band.  I’m not generally a fan of the big band genre, but I love this.  Especially the treatment of Mambo for Roy from the Crisol album.  Favorite cut: Mambo for Roy.

Maxwell, Blacksummersnight: Maxwell returns.  He’s lost the neo-soul affectations of his first few albums, and is in full-on grown man mode.  I love it, and you will too.  The harmonies, the live instrumentation, the trumpets, it’s all so gorgeous.  And if you missed his North American tour, you missed the best concert of the year.  Period.  Favorite cut: Bad Habits.

Me’Shell Ndegeocello, Devil’s Halo: I think of this album as sort of a bookend to Bitter.  I liked Bitter, but found it to be a little dark for me.  This is dark too, but it’s not so depressing.  Just deep, slow, and sensual.  You know, kinda like Me’Shell herself.  Favorite cut: Love You Down (wonderful remake of the Ready for the World song). 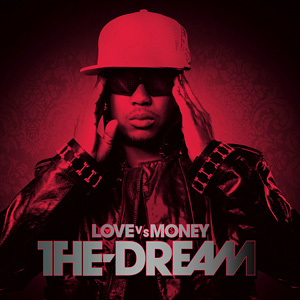 The Dream, Love vs Money: I don’t listen to a lot of commercial radio.  Obviously.  🙂  It’s virtually all dreck to me.  But I love me some The-Dream.  I don’t think there’s anyone else in R&B working at his level.  He’s behind most of the hits you’ve danced to, from Rihanna’s Umbrella to Beyonce’s Single Ladies.  But he saved the best for himself on this album.  The-Dream is the future of R&B.  Favorite cut: Fancy. 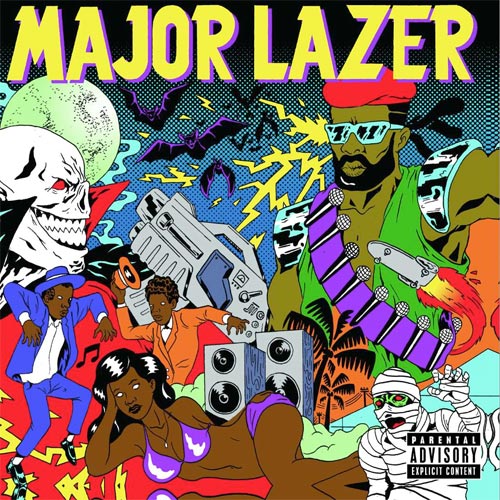 Major Lazer, Guns Don’t Kill People, Lazers Do: I don’t even know how to classify this one.  Reggae meets rock meets electronica?  Dancehall meets punk?  I heard someone call it “electro reggae.”  Let’s go with that.  This album, from MIA’s producers Diplo and Switch, rocks HARD.  Just get it already.  Favorite cut: What U Like.  (WARNING: This is a VERY explicit and raunchy song.   Not for delicate ears!!!)

Raekwon, Only Built for Cuban Linx 2: The second installment of the Wu-Gambino crime-soaked masterpiece.  This is for all you who claim not to like gangsta rap.  Indulge your id and have a little fun with this one.  It’s not real, any more than playing Grand Theft Auto or watching Scarface is.  But it’s an escapist treat. Amazon says “Blazing tracks…delivered with Raekwon’s melodic flows and street oriented delivery.”  Werd.  Favorite track: We Will Rob You.