First Lady Michelle Obama talks with students from London February 18, 2010 at the White House in Washington, DC. Students from schools in the borough of Islington were rewarded with a trip to the United States sponsored by the U.S. Embassy in London. In April 2009, Mrs. Obama visited the Elizabeth Garrett Anderson School in Islington. (Photo by Win McNamee/Getty Images)

AP~First Lady Michelle Obama has given a pep talk to visiting students from England, saying they have shown they aren’t afraid of hard work that will take them somewhere in life.

Mrs. Obama met with the group of 11 students at the White House on Thursday. They are from schools across the London borough of Islington and were rewarded with the trip to the U.S. for winning a Black History Month essay competition.

She urged them to make the most of this time. She called it “practice for the rest of your life.”

One girl is a student at the Elizabeth Garrett Anderson School in Islington. Mrs. Obama spoke at the school during a visit to London last.

The kids won an Islington Black History Month essay competition and were rewarded with the trip, sponsored by the US Embassy in London.

They sat around an oval-shaped wooden table, decorated with two glass bowls of shiny apples), nervously waiting for Flotus to arrive. Four teachers/adults sat on the side and one asked your pool to desist from asking questions, saying the kids were very excited and wanted to compose themselves.

Flotus entered at 11:03 and said “Hi everybody!” Then proceeded to go around the table and hug all the kids. How are you all doing? “Tell me about your trip. When did you get here?” she asked as she sat at the table.

She welcomed the kids and told them about the room they were in, saying the president hosted the king of Spain here the previous day. Oohs and aahs.

Flotus visited the Elizabeth Garrett Anderson School in Islington in April 2009. One of the girls visiting today – Nanah Davies – is from that school and Flotus patted her on the back as she described that that visit was one of the highlights of her first year.

“We’re living in a wonderful time where if you work hard… The opportunities are endless. That was true for me. Never did I realize that everything I did before would prepare me for being First Lady, but it did,” she said, stressing the importance of working hard at school.

“You’re going to trip and fall and slip along the way – he (the president) certainly did, I slipped a little less – don’t be afraid to be wrong, to get a few things wrong, but you’re learning, it’s all practice.”

Flotus encouraged them all to help other people, act as mentors.

Curtly Meijas talked about his essay, about his grandmother who emigrated from Trinidad to the UK.

The students were going on a tour of the White House afterwards.

The students attending were:

After hearing many experts say that no one could survive more than three days without water, today we learned a lesson about the power of faith. An Australian television crew interpreter pulled a 16-month-old girl, Winnie Tilin, from the rubble of a house in Haiti on Friday, January 15, nearly three days after a 7.0 magnitude earthquake devastated the country.

In the ruins of a neighborhood, where a hillside collapsed, residents were desperately trying to dig out a young child who was crying under the rubble. She had been buried there for 68 hours with no food or water. Hearing her faint cries and concerned that rescue efforts were taking to long, a young man jumped into the concrete hole. Deiby Celestino was the TV crew’s interpreter from the Dominican Republic. Miraculously, after crawling over dead bodies to get to her, he was able to pull her out. Once free, he passed the child to Australian journalist Mike Amor. 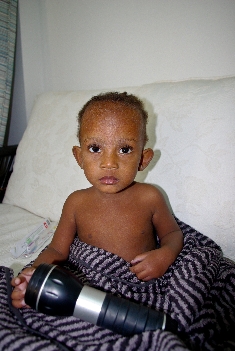 “It’s very emotional. I actually thought it was my own baby pulling out there,” said hero/rescuer Celestino “She did a great job staying alive for three days with no food or drink.”

Once the child was pulled from the rubble, volunteers poured water over the girl. “Whose baby? Whose baby? Is it your baby?” asked Amor who passed the child to her Uncle. Unfortunately, Winnie’s parents were killed in the collapse of the family’s home. Her Uncle, Frantz Tilin, arrived to find her after losing his own pregnant wife in the earthquake.

Workers with Save the Children Fund fed Winnie and gave her fresh water to drink. STC medical experts determined the girl to be dehydrated, but expect her to recover well.

This is truly a story of the resilience of the human spirit and an example of a self-less act of heroism by a fellow human being.

A little boy named Redjeson Hausteen Claude, was saved by a Spanish emergency worker whose team have managed to reach the afflicted area.

A TWO-YEAR-OLD boy is plucked from the rubble of his home three days after it was destroyed by the Haiti earthquake.

Redjeson Hausteen Claude’s saviour Felix del Amo could not conceal his glee as he handed the child to his parents, Daphnee Plaisin and Reginald Claude.

Spanish and Belgian rescuers had listened to Redjeson’s fading cries as they dug for hours through twisted metal and concrete.

The tearful tot’s face broke into a huge smile as he clapped eyes on his mum and dad, who had tried to dig him free with their bare hands.

Amazingly, he had suffered only a few facial cuts.

Dramatic photographs captured the moment when the father of Redjeson saw a Spanish rescuer pull his terrified child from the wreckage: Click Image for Slide-show

“We are aware of the situation and appropriate follow up will be conducted.”

Broughton is the member of Anderson’s Faithful Word Baptist Church who brought an AR-15 rifle and a hand gun to an Obama event in Phoenix earlier this month. Anderson later confirmed to TPMmuckraker that just 24 hours before that show of arms-bearing, Broughton attended the pastor’s fiery sermon in which he prayed for “Obama to melt like a snail tonight” for being a “socialist devil, murderer, infanticide.” 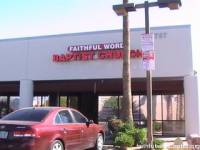 And yesterday, Broughton and Anderson took their statements even further, with the pastor saying he’d like Obama to die of brain cancer like Ted Kennedy, and Broughton for the first time publicly saying that he, too, would like the president to be dead.

No word on what form the Secret Service’s follow up will take. And the agency would not comment on a CNN report that it interviewed Anderson.

I have a couple of questions about these events.

First, when are the Republican leader’s going to stand up against this thuggery and treason? Nobody disliked President Bush and his policies more than me. But never in my wildest-dreams did I pray for him to DIE. Come on now…that’s just beyond the pale.

Secondly, shouldn’t the IRS be involved with this Paster Anderson’s actions? Its obviously against the law to preach politics from the pulpit. Shouldn’t someone be looking into having the Faithful Word Baptist Church’s tax exempt status removed?

I am sick and tired of the MSM’s unsettling fascination with these crazies. Yes, I know, in our culture outlandish behavior is always rewarded by 15 minutes of fame. But someone has got to be the adult here, and say enough is enough.