Future Pop Stars Risk Their Lives To Sing for Freedom 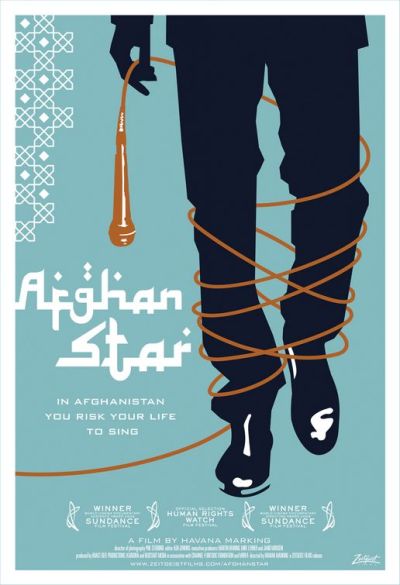 Since the TV show’s inception in 2005, its popularity has spread like wildfire, with “Afghan Star” contestants chosen despite gender and voted on democratically by the general public via cell phone.

The documentary follows several contest participants as they literally sing for their lives, particularly the women, who are judged harshly by the still-mostly conservative public that was once dominated by the Taliban.

The film is available on DVD and will be featured on HBO this month.

*Another Opinion* Tina Brown: “Palin Newsweek cover is NOT sexist”

By Tina Brown Founder, editor of The Daily Beast

at the GOP convention at John McCain’s side. (Admit it: We loved her at first when she thumbed-over-the-shoulder the now famous crowd-pleaser “The governor’s private plane? I put it on eBay!).

With Oprah, she was once again fun when she shafted Levi Johnston, that feckless dope of a near-miss son-in-law. She was wonderfully sly when, the next day, Barbara Walters on Good Morning America gravely quoted McCain adviser Steve Schmidt’s assessment

that as VP she would have been an unmitigated disaster. With a roguish smile, Palin responded, “That sounds like Steve Schmidt!” And the appearance of her genuinely fond-seeming teenage daughter Willow with her younger sister — cute as can be Piper, who told Barbara it was “sad” when her mother was criticized — gave us, for the first time, a whiff of authentic Palin family feeling.‪
-snip-

My only regret in this recent series of star turns was Palin’s denunciation of the current Newsweek’ cover to her Facebook following as “sexist.” That’s the boring old fake-gravitas Sarah speaking. The Newsweek cover shot, a months-old Google chestnut from Runner’s World of sassy Sarah in shorts, didn’t show much journalistic enterprise on the magazine’s part, but you can hardly call it sexist. No one cried sexism when New York magazine took a photo of fallen Gov. Eliot Spitzer and added the word “brain” with an arrow to his crotch. And circa 1994 we were all happy to ogle Bill Clinton in his running shorts and never called out the media’s ethical judgment. If you don’t want the moment captured on film, don’t show up in sporty hot pants for a photo shoot.

But Palin, like Carrie Prejean, is savvy enough to know that umbrage is a great Day 3 story when you are running the media marathon.‪
Indeed, her “hurt” retaliation is probably doing the same thing for Newsweek’s sales as what she suggests an appearance on her old foe Letterman’s show would do for the sales of her book (hint, hint). Everyone is someone else’s catalyst for selling something these days. And right now, by golly, Sarah Palin is out there selling herself.