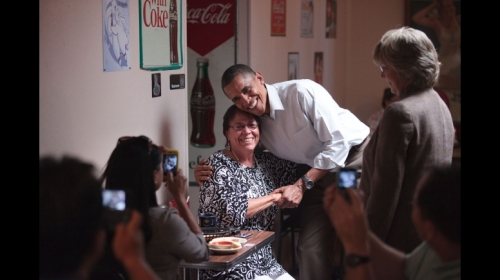 President Barack Obama poses for a photo with a customer during a stop at Barelas Coffee House in Albuquerque, N.M., Sept. 28, 2010. (Official White House Photo by Chuck Kennedy)

Welcome to the West Wing Week, your guide to everything that’s happening at 1600 Pennsylvania Ave. Walk step by step with the President as he signs the Small Business Jobs Act, speaks to college journalists, holds backyard discussions about the economy with area families across the heartland and much more…