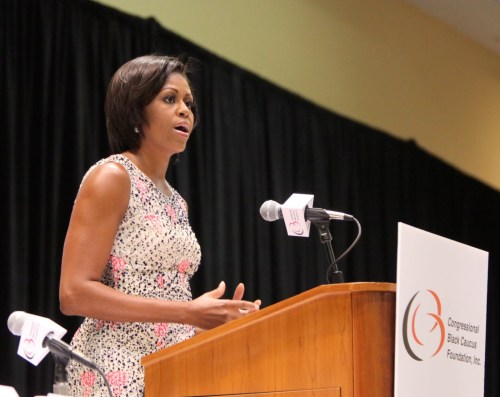 The Congressional Black Caucus was formed in 1969 when the 13 black members of the U.S. House of Representatives joined together to strengthen their efforts to address the legislative concerns of black and minority citizens. African-American representatives had increased in number from six in 1966 to nine, following the 1969 elections. Those members believed that a black caucus in Congress, speaking with a single voice, would provide political influence and visibility far beyond their numbers.

The Caucus received its first national recognition when its members met with former President Richard Nixon in March, 1971 and presented him a list of 60 recommendations for governmental action on domestic and foreign issues. The President’s response, considered inadequate by the Caucus, further strengthened their efforts to work together in Congress.

Today, there are 41 members of the Congressional Black Caucus representing many of the largest and most populated urban centers in the country, together with some of the most expansive and rural congressional districts in the nation. These members, now as in the past, have been called upon to work as advocates for America’s varied constituent interests–developing an ever-expanding CBC legislative agenda — as well as addressing the concerns of their own particular districts.

The visions and goals of the original 13 members, “to promote the public welfare through legislation designed to meet the needs of millions of neglected citizens,” have been reaffirmed through the legislative and political successes of the Caucus. The CBC has been involved in legislative initiatives ranging from full employment to welfare reform, South African apartheid and international human rights, from minority business development to expanded educational opportunities. Most noteworthy is the CBC alternative budget which the Caucus has produced continually for over 16 years. Historically, the CBC alternative budget policies depart significantly from administration budget recommendations as the Caucus seeks to preserve a national commitment to fair treatment for urban and rural America, the elderly, students, small businessmen and women, middle and low income wage earners, the economically disadvantaged and a new world order.

In the thirty-nine years since its founding, Caucus members have been successful in rising to strategic positions on House Committees to affect needed changes in federal policies. Senator Barack Obama marked the first member elected President of the United State. Never afraid to tackle the most serious social issues, CBC members are regularly referred to as the “conscience of Congress.”