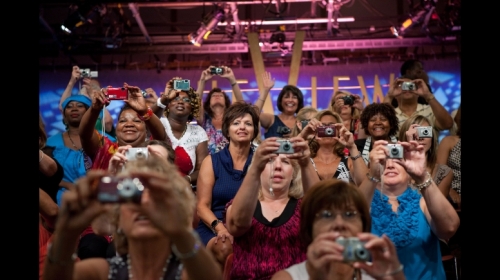 Members of the audience take photos of President Barack Obama during a break in the taping of The View at ABC Studios in New York, N.Y., July 28, 2010. (Official White House Photo by Pete Souza)

Thanks for checking out the West Wing Week, your guide to everything that’s happening at 1600 Pennsylvania Ave. This week, walk step by step with the President as he fights for campaign finance reform, boosts small business, meets with Space Shuttle Atlantis astronauts, commemorates the 20th anniversary of the Americans with Disabilities Act, welcomes the 2009 Softball World Series champions, makes an appearance on The View and much more.