Speaker Pelosi’s Memo to Republicans: Just What Do You Want to Repeal? 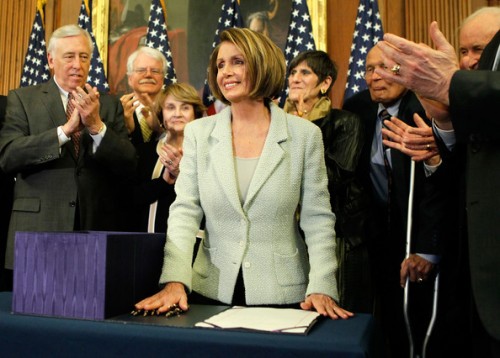 Today, President Obama signed historic health insurance reform legislation passed by the House on Sunday that ensures affordability for the middle class and seniors, accessibility for all Americans, and accountability for the insurance industry.

The Senate is also expected to act on a package of improvements to this bill. Instead of supporting this critical legislation that will make it easier for Americans to obtain affordable, high quality health insurance – Congressional Republicans are calling for the repeal of the legislation and for a return to the status quo.

But which of these provisions – which will be available immediately – do they want to repeal?