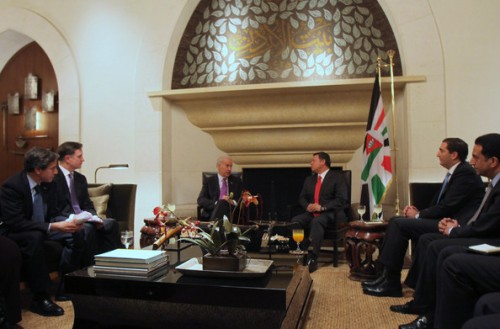 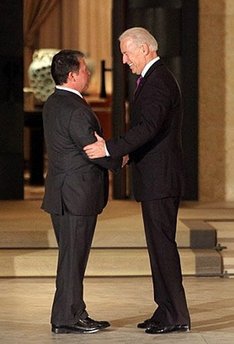 “The king renewed Jordan’s condemnation of Israel’s decision to build new settlements in east Jerusalem,” a palace statement quoted the king as telling Biden at a meeting.

He said “such unilateral actions, which are internationally rejected, threaten the peace process and put the entire region at risk of getting into a new cycle of conflict,” according to the statement.

“Achieving peace in the Middle East requires a leading US role. The entire world is paying the price for the troubled peace process,” said the king, whose country, a key US ally, signed a peace treaty with Israel in 1994.

Israel said on Tuesday it would build 1,600 new homes for Jewish settlers in mainly Arab east Jerusalem, and the announcement coincided with a visit by Biden to the disputed holy city.

Israeli Prime Minister Benjamin Netanyahu publicly apologized to the vice president on Thursday in a bid to defuse the row over settlements, which prompted a Palestinian boycott of indirect peace talks.