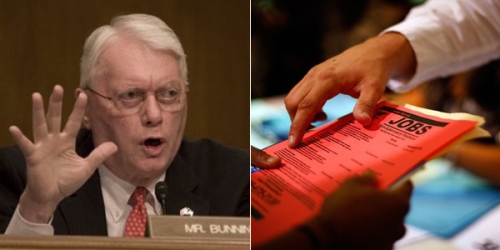 AP~Two thousand federal transportation workers were furloughed without pay on Monday, and the Obama administration said they have a Kentucky senator to blame for it.

The furloughs and freeze on payments were the result of a decision last week by Republican Sen. Jim Bunning to block passage of legislation that would have extended federal highway and transit programs, the department said. Those programs expired at midnight Sunday.

The extension of transportation programs was part of a larger package of government programs that also expired Sunday, including unemployment benefits for about 400,000 Americans.

Bunning objected to the $10 billion measure, saying it would add to the budget deficit. He didn’t respond to a request Monday for comment.