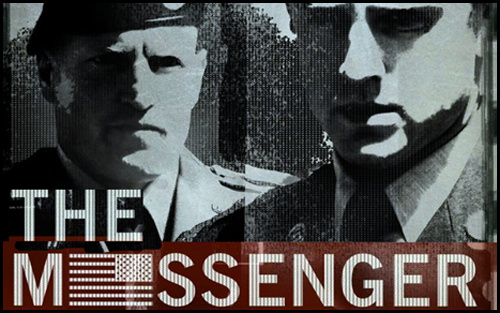 In his most powerful performance to date, Ben Foster stars as Will Montgomery, a U.S. Army officer who has just returned home from a tour in Iraq and is assigned to the Army’s Casualty Notification service. Partnered with fellow officer Tony Stone (Woody Harrelson) to bear the bad news to the loved ones of fallen soldiers, Will faces the challenge of completing his mission while seeking to find comfort and healing back on the home front. When he finds himself drawn to Olivia (Samantha Morton), to whom he has just delivered the news of her husband’s death, Will’s emotional detachment begins to dissolve and the film reveals itself as a surprising, humorous, moving and very human portrait of grief, friendship and survival.

Featuring tour-de-force performances from Foster, Harrelson and Morton, and a brilliant directorial debut by Oren Moverman, The Messenger brings us into the inner lives of these outwardly steely heroes to reveal their fragility with compassion and dignity.

The film has a curious flow to it. It begins predictable, yet remains engaging, exposing a heart-breaking consequence of war no family wants to face. Although the news remains the same, emotions run just as deep at each door. Every scene is handled marvelously through subtle performances by the actors. As the film unfolds, the viewer sinks into the complex characters on screen, discomforted by the internal struggles that slowly surface.

The Messenger is a non-linear, character-driven film with exceptional performances but might not be for everyone.”

Sgt. Brian Scott, who was training to deploy to Iraq at Ft. Dix in New Jersey and was a technical adviser in this film, was subsequently injured in an IED attack in Baghdad.