The President and First Lady Attend the National Prayer Breakfast

Prayer for Unity, Civility, and Progress 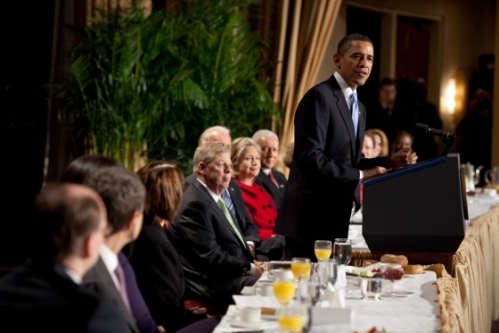 At the National Prayer Breakfast, President Obama reflected that it is often during the times when others are in great need that bring Americans together, as the nation united in its efforts to help the people of Haiti.

It’s inspiring. This is what we do, as Americans, in times of trouble. We unite, recognizing that such crises call on all of us to act, recognizing that there but for the grace of God go I, recognizing that life’s most sacred responsibility — one affirmed, as Hillary said, by all of the world’s great religions — is to sacrifice something of ourselves for a person in need.

And on his hopes for progress and civility in the face of difficulty:

On civility in political discussions and a shout out to First Lady Michelle:

Civility also requires relearning how to disagree without being disagreeable; understanding, as President [Kennedy] said, that “civility is not a sign of weakness.” Now, I am the first to confess I am not always right. Michelle will testify to that. (Laughter.) But surely you can question my policies without questioning my faith, or, for that matter, my citizenship. (Laughter and applause.)

Challenging each other’s ideas can renew our democracy. But when we challenge each other’s motives, it becomes harder to see what we hold in common. We forget that we share at some deep level the same dreams — even when we don’t share the same plans on how to fulfill them. 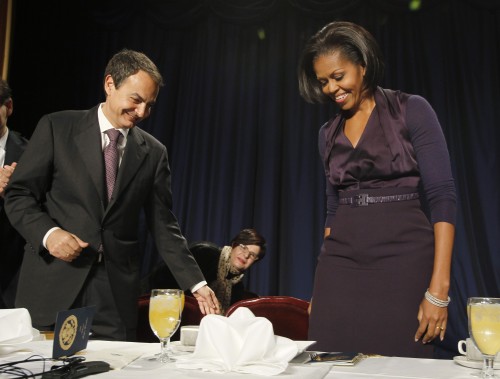