Democrats Close In On Public-Plan Alternative

U.S. Senate Democrats appear to closer to reaching agreement on an alternative to a government-run health-insurance plan in health-care overhaul legislation, even as they dealt with disagreement within their party on abortion.

Sen. Debbie Stabenow (D., Mich.) told reporters Monday that Democrats are “rapidly coming to a conclusion” on language within the bill, including a public-plan alternative. Stabenow, like many other liberal Democrats, has stated she would prefer the bill contain a public plan but said that “the critical issue is not what we call something” but instead “the end result.”

“The words ‘public option’ do not determine whether the bill is successful,” Stabenow said. “If we can do the same thing through another mechanism and get broader support, I’m willing to look at that.”

Sen. Ben Nelson (D-NE) is perhaps the Democrat most reluctant to sign on to major health care legislation. Cautioning that he and the rest of the group of 10 senators negotiating a public option compromise have plenty of work left to do, he says that the newest option–allowing some under 65 to buy insurance through Medicare–has some traction.
source:

US expects to recover most bank rescue money: report
WASHINGTON — The US Treasury Department expects to recover all but 42 billion dollars of the 370 billion it has lent to troubled US companies since the financial crisis began last year, The New York Times reported.

Citing a new yet unpublished Treasury report, the newspaper said the new assessment of the 700-billion-dollar bailout program was provided by two Treasury officials on Sunday ahead of a report to Congress on Monday

Federal Stimulus Program is Not Working… Except That It Is

The Republicans and their water carrying blustering blowhards in the conventional wisdom alternative universe bubble have been frantically working 24/7 to fabricate the perception that the federal stimulus program is not working.

Those Americans who reside outside the Republican and conventional “wisdom” bubble, i.e. Joe, Jose, Jane, Yolanda, Chen, Hui, Omar and Laqueesha (to name a handful) have a far different view of the federal stimulus program.

It seems that Republicans and the Party’s blowhards ignored the recently released Congressional Budget Office report. Or perhaps the Republicans and its tools did not like what they read. Yikes, this stimulus can’t work or we are dead. Change the message! If the government works we lose! No matter what, kill off any good news about the stimulus program! Who cares what happens to the average Jane and Joe Americans? WTF are they?! This is all about us and our ability to stockpile as much money for ourselves as we can! Heaven help us! Change the bleeping bleepity bleep message! Jeeze oh Pete – gin up a freaking war if need be!

The nonpartisan Congressional Budget Office said the $787 billion stimulus package approved in February lowered the nation’s unemployment rate by between 0.3 and 0.9 percentage points while boosting the economy by between 1.2 percent and 3.2 percent. The analysis also found that three-quarters of the money provided in the stimulus had yet to be funneled into the economy by the end of September.

The report is a boost for the administration, which faced renewed questions last month over how many jobs the stimulus has produced after the Government Accountability Office said it found “significant” problems with the White House’s tally. The administration has estimated the stimulus created or saved 640,329 jobs through October.

The report released yesterday “leaves no doubt that the economy would be in much worse shape if the recovery act had not been implemented,” said House Education and Labor Committee Chairman George Miller, a California Democrat. “As the Obama administration and Congress continue to explore additional strategies to create jobs and build a foundation for long-term economic growth, it is critical to acknowledge the progress that has already been made.”

But Republicans, especially Texas Republicans and their propagandists at FOX seem to have a problem with facts that the party and its spin meisters do not manufacture.

Sigh. Oh, how we tragically know all about the GOP and its fiscal irresponsibility with its tax cuts for the 1 or 2% of the wealthy, the deregulation of the financial and energy sectors, while waging war on two fronts. Tell us about a war of choice vs. one of necessity. Tell us why we took our eye off of Afghanistan to go looking for Al-Qaeda and WMD’s that did not exist in Iraq? Thanks, too, Louie and Sean, for leaving both wars on the back of a new Administration. And please do accept our deep and heartfelt thanks for your leaving both wars on the backs of the American people, our children, grandchildren and generations of our great grandchildren to come. 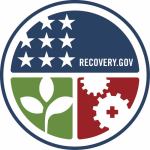 Check out the facts of the American Recovery and Reinvestment Act.

The so-called conventional wisdom sounds like a bunch of conventional self-serving lying and hysterical stupidity to me.

This Christmas Performed by Donny Hathaway 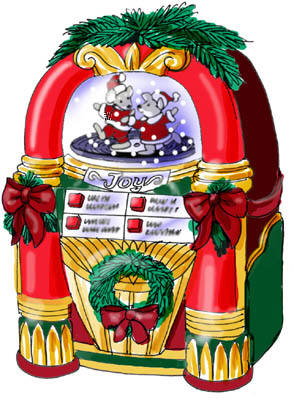 The song, released in 1970, has become a holiday staple and is often used in movies, television and advertising. “This Christmas” was originally recorded by R&B singer/songwriter Donny Hathaway and released as an Atco single in 1970. Hathaway co-wrote the song (it is credited to Nadine McKinnor and “Donny Pitts,” the stage name Hathaway used as a young gospel singer). “This Christmas” has been covered by numerous artists across diverse musical genres, including The Whispers, Diana Ross, Aretha Franklin, The Temptations, The Four Tops, Chicago, Harry Connick, Jr., NSYNC, Gloria Estefan, Boney James and the Cheetah Girls.

Fireside is blazing bright,
We’re caroling through the night
And this Christmas will be
A very special Christmas for me

Presents and cards are here
My world is filled with cheer and you
This Christmas
And as I look around,
Your eyes outshine the town they do
This Christmas

Fireside is blazing bright
We’re caroling through the night
And this Christmas will be
A very special Christmas for me, yeah

Emm, fireside is blazing bright
We’re caroling through the night
And this Christmas will be
A very special Christmas for me, yeah